Here’s what we’ve learned about book club discussion over the years, if a book deals with race, sexuality or religion it’s gonna get lively!

Tonight was a case in point. Emancipation Day by Wayne Grady deals with one mans story as a light skinned (white?) black man in the 1940’s. How much of it was fiction? How much of it was a true depiction of  author’s father? Inquiring minds would love to know… 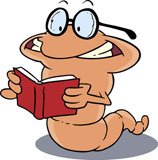 Most of us liked the book. Some were very specific that they enjoyed the book but disliked ALL  the characters. A few felt the book dealt with place and the various facets of racism in a very superficial way.  We all had the same reaction to the book’s ending…. ughhhh… Jack had not grown or evolved at all. That was difficult to get past for us.

Was there an Emancipation Day for any of the characters? – we didn’t think so.

Most of us didn’t know the author’s history at the time of reading the book. Once discovering how the book came about and that the original version went back several generations, we wondered if some of the characters and undercurrents might have been fleshed out more if we had read the full story.

We had a great discussion about whether Jack really believed he was white. Or were  his extreme efforts to distance himself from his home and his family proof that in actual fact he knew he was black?

What we all agreed on was that Jack was, well, an A-hole.  A really, really big one.

While we felt compassion for his early life – being denied by his father and an outcast in the black community – it did not redeem him. He was mean (threw away Vivian’s book on the train). He was a coward (left his father & brother beaten on the street). He was a liar (in the words of Judge Judy:  “How do your know he’s lying? His lips are moving.).

All show, no substance.

We didn’t quite get the purpose of the sea sickness, the pills he was prescribed and the  music theme. None of us thought he was a true musician or a lover of music. We all know people who LOVE music. They feel it, appreciate it, live it, breathe it. Jack not only felt no connection to the jazz scene but he didn’t even try to connect. He was more focused on the jealousy he felt at Della losing herself to it and Peter creating it. 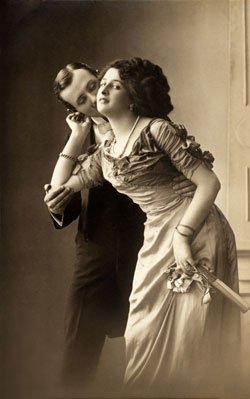 We were a little divided about Vivian.

How was she able to leave behind her strong family ties so easily? Did she go home, did her family come to visit after the birth of her son? We do know that many women left their homes in Newfoundland to marry men from “Canada’ and the US in wartime and never came back. But Vivian’s family had the resources to travel. It didn’t seem to fit.

In addition to the book we had a great chat / debate about Kathleen Winter’s book Annabel and the decisions made around intersex babies. Another case of believing you’re something other than what people say you are. We talked about the strong sense of ‘home’  that many Newfoundlanders have. What’s the draw? Family… memories… belonging, or all of those.

Aside from all of that we learned that those little cheese cake filled chocolate balls from Dominion are orgasmic, that there is such a thing as house that’s f*&%king cursed, that prostitution in one’s 70’s should be a viable retirement plan, and that anyone can go to the pancake breakfast for the homeless tomorrow morning – turns out it’s not just for the homeless, who knew?

It was a wonderful night Wormies!

Thank you Alison for all the wonderful food. And for all the wine – thank goodness we had our designated drivers figured out.  And thank you too for digging out those hard to find book club questions. What a good host you are.