Here’s what happened at book club…

Ok so here’s a little riddle for you… What do you get when you cross a homemade jam give-away with a grow-op in the burbs? ….. Book Club of course!!!! Stay tuned… more on that later.

This month we read ‘February’ – an emotionally charged book about the aftermath of the 1982 Ocean Ranger disaster on one family. This was a book that for the most part we all enjoyed. For some the frequent and unexpected transition from past to present was a little distracting. Liz suggested this may have been deliberate -mimicking grief, as it appears when least expected and then recedes for a time.

Lisa Moore’s insight into the thoughts and emotions of the survivors was spell binding. It was difficult for many of us to grasp how she could write the way she did without having experienced the loss first-hand. The grief, the questions, the attempts to re-create the last hours… Learning that it took her 4 years to create this book and only 8 months to actually write it made complete sense. How many cups of tea must have been poured and tears shed to build the level of trust required to share those intimate stories.

Peggy as usual went a step beyond and had us watch a portion of a documentary on the loss of the Ocean Ranger. The part we viewed included news footage from 1982 and interviews with the wives, mothers, sisters, neighbors and friends of the 84 men who died that night. It was very powerful to watch, particularly after reading the heart wrenching account of Cal’s final hours – as depicted by Helen. For some of us that final account stayed with us for days after finishing the book. View the video.

But don’t be fooled! Despite some tears thanks to the subject matter, there were still some other pressing matters we had to debate: drugs, drive-by shootings, organized and disorganized crime in our fair city, needy widowed men, orgasmic key lime cheese cake, Morgentaler tributes and awkward encounters outside his abortion clinic over the years, workplace safety, disaster protocol, ice cream cake vs spring pan… RIP spring pan. 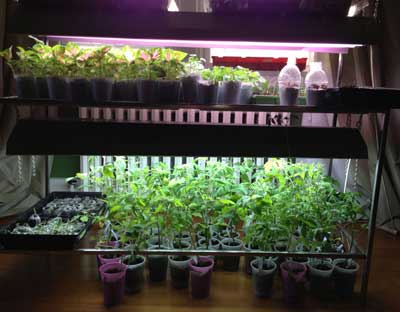 So what about that grow-op you ask? Yes Peggy has one – it’s hard core. Anyone can grow a bit of weed but this chick has decided that homemade jams in 1015 different flavours & desserts made from scratch are not enough to keep her out of trouble. She’s decided she should grow potatoes, tomatoes, herbs and spices… in her living room. Not only did we get to eat some great food but we got to take home a tomato plant and bottle of jam. That’s what I call a great book club meeting!!!

Thank You Peggy!!! (Now how the hell do I roll this tomato plant??)