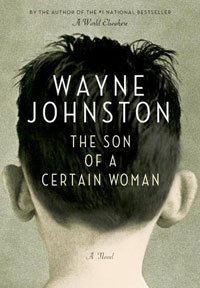 From one of Canada’s most acclaimed, beloved storytellers: The Son of a Certain Woman is Wayne Johnston’s funniest, sexiest novel yet, controversial in its issues, wise, generous and then some in its depiction of humanity.

Percy Joyce, born in St. John’s, Newfoundland, in the fifties is an outsider from childhood, set apart by a congenital disfigurement. Taunted and bullied, he is also isolated by his intelligence and wit, and his unique circumstances: an unbaptized boy raised by a single mother in a fiercely Catholic society. Soon on the cusp of teenagehood, Percy is filled with yearning, wild with hormones, and longing for what he can’t have—wanting to be let in…and let out. At the top of his wish list is his disturbingly alluring mother, Penelope, whose sex appeal fairly leaps off the page. Everyone in St. John’s lusts after her—including her sister-in-law, Medina; their paying boarder, the local chemistry teacher, Pops MacDougal; and…Percy.

Percy, Penelope, and Pops live in the Mount, home of the city’s Catholic schools and most of its clerics, none of whom are overly fond of the scandalous Joyces despite the seemingly benign protection of the Archbishop of Newfoundland himself, whose chief goal is to bring “little Percy Joyce” into the bosom of the Church by whatever means necessary. In pursuit of that goal, Brother McHugh, head of Percy’s school, sets out to uncover the truth behind what he senses to be the complicated relationships of the Joyce household. And indeed there are dark secrets to be kept hidden: Pops is in love with Penelope, but Penelope and Medina are also in love—an illegal relationship: if caught, they will be sent to the Mental, and Percy, already an outcast of society, will be left without a family.

The Son of a Certain Woman brilliantly mixes sorrow and laughter as it builds toward an unforgettable ending. Will Pops marry Penelope? Will Penelope and Medina be found out? Will Percy be lured into the Church? It is a reminder of the pain of being an outsider; of the sustaining power of love and the destructive power of hate; and of the human will to triumph.” …. Summary by Goodreads.com

You’re told very early on that the one thing you don’t talk about in a group of people is religion. Well tonight that’s all we did talk about thanks to Wayne Johnston’s novel “The Son of a Certain Woman“.

The group was very much divided on this book – some really enjoyed it and thought it was hilarious while others lost interest in Percy’s ongoing preoccupation with getting laid… maternal pity fuck or otherwise.

We talked about our perceptions of the narrator – some felt the narrator was in fact the young Percy while others felt it was a much older Percy looking back with more insight than a adolescent boy would have.

We also wondered whether the midnight striptease by Penelope was in fact just another Percy fantasy – ‘Give me myth or give me death”.

Most agreed that the character of Penelope rocked. There was some discussion that she and Medina should have gone at it in front of the open window  – Brother McHugh be damned! But of course the realty is that had she and the others not given in to the church’s manipulation the repercussions for all of them would have been severe.

A couple of us had gone in search for #44 Bonaventure Avenue but that address could not be found – probably a good thing or the residents would have found some very strange women with their camera’s on the front lawn. However we are all now very interested in finding out about the tunnels beneath Brother Rice … stay tuned for that! 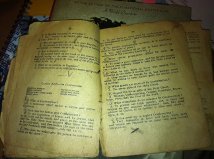 We had a little show and tell by the Katlicks in the group – rosary beads and a catechism… a lifetime of ritual that doesn’t easily go away for so many.

There’s little doubt after reading this book where Wayne Johnston sits when it comes to the Catholic Church but that would be a very interesting conversation to have.

Touch base Wayne we’d love to have a chat!

In addition to the book we talked about the role (or lack of) religion played in our lives; the Veiled Virgin – how’d they do that?; how books depicting Newfoundland are only accepted if they’re written by Newfoundlanders – except for Emancipation Day when it wasn’t and we inexplicably weren’t; the struggles of depression and the power of telling your story: Seamus O’Reagan and one member’s wish to be stuck in an elevator with him (psst Seamus…take the stairs buddy!).

It was a lovely evening as we helped one member cross something off her bucket list… image we’re in the same category as Mt.  Everest basecamp!

Stay tuned Wormies as we work on getting that tour!