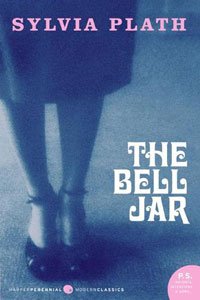 “The Bell Jar chronicles the breakdown of the brilliant, beautiful, enormously talented, and successful Esther Greenwood, a woman slowly going under — maybe for the last time.

Sylvia Plath masterfully draws the reader into Esther’s demise with such intensity that the character’s insanity becomes completely real, even rational — as probable and accessible an experience as going to the movies. Such deep penetration into the dark and harrowing corners of the psyche is an extraordinary accomplishment and has made The Bell Jar an haunting American classic. ”  ~ Summary Google Books

A fantastic book club discussion tonight. It wasn’t exactly a Mad Hatter tea party as last hosted by Pam but there were screech balls. And it’s a documented fact that screech balls and a heavy subject like mental illness go together like chips and dip, rum and coke, Sonny and Cher (as a singing duo not married couple).

The meeting began with a once around the room to see what every one thought of Sylvia Plath’s somewhat autobiographical novel The Bell Jar. Opinions were mixed.

Some enjoyed the book, some found the subject matter difficult to read about and a couple had read the book many years ago and (1) were completely surprised at how much they had actually…forgotten and (2) realized that when they did read it as an angst filled twenty something it was more the prestige of reading it than the actual insight from reading it that mattered at the time. (An interesting and pretty honest observation).

Another interesting point that was made is that the experience of depression and mental illness, and the treatment of it, varies greatly based on class & status. The hospital stay, the therapy and even the shock treatment that Esther had was thanks to her benefactor. Had she been from ‘across the tracks’ or worse on the tracks she would have had a much different road. Whether the end result would have been the same we don’t know.

We had a wonderful discussion about the author Sylvia Plath who some of our group were very familiar with. Many of us knew nothing about her and were surprised to learn of the following she had among young women. In fact many tattoo her name or poetry on their arms or wrists.

We wondered if that would have come about had she lived. Would her poetry and writing (with its very dark subject matter) had any lasting power if it continued for 20-30 years?? We doubted it. Dying can make a martyr out of a person who may have just grown old and become ‘poor old  eccentric Sylvia’. 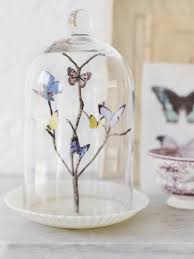 We talked about the symbolism  of a bell jar and our interpretation of it:

Overall we were all very glad  The Bell Jar was chosen and we may even watch the movies about Sylvia Plath.

There were two apparently. The first starred the bionic woman (that must make for some interesting shock treatment) and the 2nd Gweneth Paltrow. There is also a movie based on The Bell Jar in the works now.

Thank you Pam for a wonderful evening – your screech balls, dip and chocolate surprise were frickin’ deadly!! Thank you too for another fun game.

Congratulations Toddy on taking home the yummy prize Jam… you were so very close Liz, next time.